The return of banned Betsema gets mixed reactions

The Dutch rider who tested positive last season makes a surprise return after the UCI backdates her six-month ban and she still has a chance of World Championship selection.

DENISE Betsema returns to racing at Zonnebeke in West Flanders on Saturday (25th January) after serving a backdated six-month doping ban, but her unexpected presence at the C2-ranked Kasteelcross has caused consternation from many within the cyclocross community. She will return in the colours, and with the full support, of the Pauwels Sauzen-Bingoal team.


Dutch team manager Gerben de Knegt said he will consider Betsema for World Championship selection dependent on her result tomorrow. "I have been in regular contact with her and she has always maintained her innocence," De Knegt told NOS. The Dutch team will be selected on Sunday evening. Betsema finished fourth in last season's Worlds in Denmark. 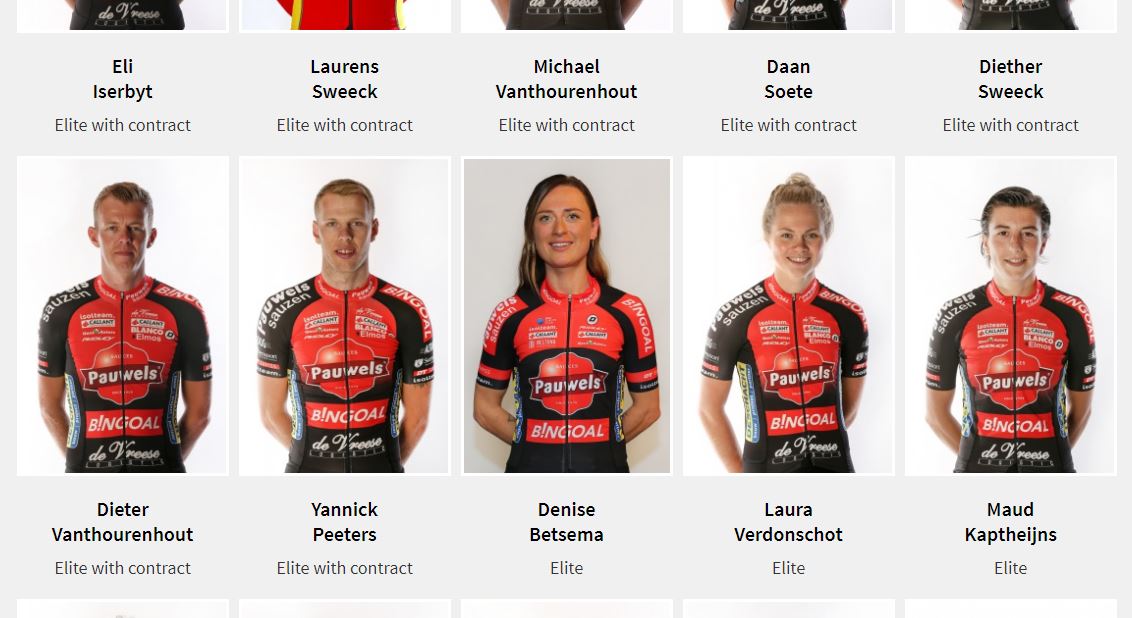 The 26-year-old Dutchwoman has always maintained her innocence since a doping control sample taken at the Hoogerheide World Cup on January 27, 2019 (where Betsema finished seventh) tested positive as did another sample taken in February 2019.

"It has been proven in black and white that a contaminated supplement was at the basis of the deviating values of my test. And - above all - that I never intended to use doping," Betsema told a press conference on Tuesday.

To add to the initial controversy, it was only this week that the UCI announced Betsema had been handed a six-month ban and because they had backdated it she was now clear to race (the UCI stated that Betsema's suspension started on April 5, 2019 and ended on October 4, 2019).

"Bullshit" was former World Cup winner Katie Compton's reaction to both the leniency of the ban and the fact that it had been backdated through the off-season.

"This is such bullshit, a rider tests positive TWICE for anabolic steroids & she gets a 6month off-season ban? ⁦@UCI_cycling lets clean athletes down yet again," Compton posted on social media.

Retired US racer Ryan Trebon called it "slap in the face of every hard working, rule abiding athlete."

Betsema and her lawyer have blamed a Belgian pharmacist and argued that the positive results were due to a contaminated supplement product.

Betsema told the press conference on Tuesday, "My world was upside down. I was assisted [in proving her innocence] by doping expert Douwe de Boer and lawyer Johnny Maeschalck. I had to prove that I had never consciously taken doping. That's why I had all my dietary supplements examined."

Maeschalck added that they successfully demonstrated that "there was no intention to dope" and that the UCI had accepted their defense on January 17, 2020.

It's understood that the UCI independently tested the supplement batch and confirmed the presence of contamination and determined that she did not intentionally dope. 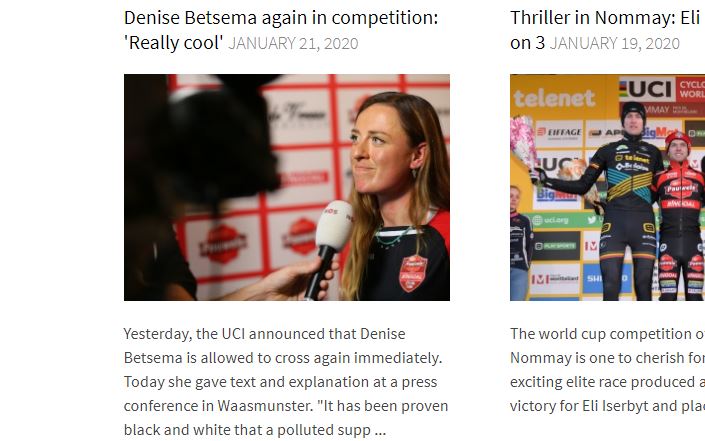 According to Cycling News: "Although the minimum sanction for a positive steroid test would typically be four years, the UCI anti-doping rules provide for reduced bans for unintentional anti-doping rule violations (10.2.1.1). For cases such as contaminated products, the UCI rules allow for punishment anywhere from a reprimand to two years suspension "depending on the Rider's degree of Fault" (10.5.1.2)."

Betsema had a standout 2018-19 season - she was seventh in the Dutch Championship and ninth in 2017-18 while twelve months later she finished fourth and third respectively. In her only World Cup race in 2017-18 she finished 25th, but in November 2018 she won the Koksijde World Cup and was second at Pont-Chateau on 20th January 2019.

Betsema rose from 83rd in the world rankings at the beginning of the 2018-19 season to third by the end and she suggested that her improvement was, in no small part, due to the intentional weight loss of 8 kilograms. Betsema also thanked her fitness professional husband Sjoerd Maarten for helping her with her diet to lose weight.

The significant improvement in her results did not really raise many eyebrows but the positive test for an anabolic steroid led most to link the two together and view the rider as guilty.


MVDP v WVA could be overshadowed


The return of Denise Betsema threatens to overshadow the latest clash between World champion Mathieu van der Poel and Wout Van Aert - four races into his comeback from his Tour de France horror crash. While the men's start list contains Eli Iserbyt as well as MVDP and WVA, the women's field is not tremendously strong (most focusing on Sunday's World Cup in Hoogerheide) and Betsema could face an awkward reaction if she returns to the sport with an instant victory and selection for the World Championships.

For the early part of the season Betsema retained a high UCI world ranking (thanks to being ranked third in the world at the end of last season) but she no longer appears in the list and presumably will have to start from near the back of the grid.

The 36th annual Kasteelcross is a non-series race being broadcast on pay channel Play Sports with the elite women racing at 13:45 CET and the men at 15:00 CET.