The Big Three - Van der Poel, Van Aert and Pidcock - have announced their cyclocross racing programmes and we should see two of them in action today. We catch up with where the three top elite men are and where they are racing next.

THE Big Three have announced their cyclocross racing programmes and today in Boom we should see Wout van Aert and Tom Pidcock challenge the early season dominance of Eli Iserbyt and Toon Aerts.

Van Aert and Pidcock had both stated that they would start their season at the Superprestige in Boom today but both have suffered from issues.

The Belgian woke up with a cold on Tuesday and immediately had to rule out it being COVID (which it isn't) so there is a slight question mark over whether he will make today's start line.

Our Partners with CX bikes in stock

The Briton's issues are perhaps more worrying. According to Velo News, Pidcock is still suffering with tendonitis in the knee, an issue that began over ten months ago in February.

"It's not better. I still need to continue working hard in rehab. But, as of now, it's not better," Pidcock told Velo News this week.

After his Vuelta a España grand tour debut in September, Pidcock was forced to scratch Paris-Roubaix from his programme because of the injury.

Indications are that Pidcock will start today but the injury is not a good sign for the season to come.

"No one should expect anything from me on Saturday," Pidcock told Velo News. "But I'm excited. I've had a good break and a good build-up – I'm motivated."

World champion Mathieu van der Poel will wait a little longer before his first race which will be the World Cup in Rucphen on December 18th. 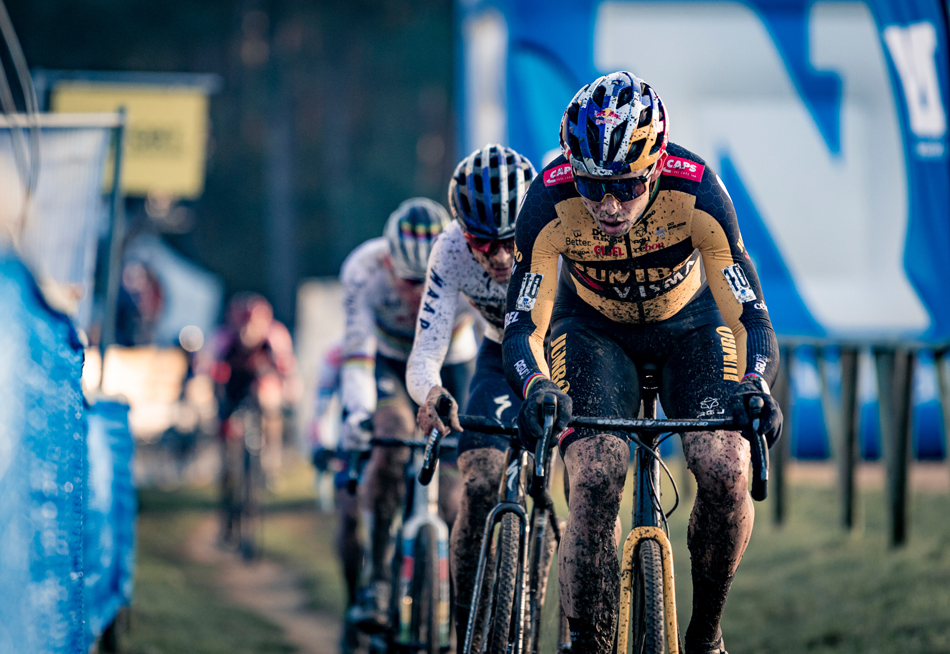 Our Partners with CX bikes in stock