With the 2019 Tour de France being dubbed the 'year of the crossers' during a thrilling first week, it's no surprise that French yellow jersey wearer Julien Alaphilippe has a background in international cyclocross. Today he surprised most and extended his lead on a thrilling stage up the Tourmalet but can he win the Tour? Photos: Jeff Corcoran.

FRANCE has a new hero. A French leader of the Tour de France. After today's stage on the Tourmalet, commentators and pundits have stopped asking if Julien Alaphillipe - previously regarded as a Classics specialist - is capable of winning the Tour and have recognised that he is a genuine contender.

None other than Sir Bradley Wiggins told TV viewers today: "I wouldn't put anything past [Alaphilippe] him. It's hard to predict what that guy is capable of.

"It's been a Tour like no other," Wiggins continued, "and 33 years since a French winner. It's being fought out by a new bunch of names and we're in for one hell of a last week. After the time trial result Geraint Thomas is concerned about Alaphilippe as a rival."

Alaphilippe initially took the yellow jersey from Mike Teunissen (Jumbo-Visma), another former 'crosser, by winning solo on stage three in the Champagne region - his Deceuninck-Quick Step having been third fastest in the stage two Team Time Trial.

Seemingly content in the leader's jersey so early in the Tour, Alaphilippe only narrowly lost it on stage six to breakaway rider Giulio Ciccone (Trek-Segafredo) and quickly reclaimed it on the dramatic stage eight into Saint-Etienne on a day when 2018 winner Geraint Thomas crashed but did not lose time. 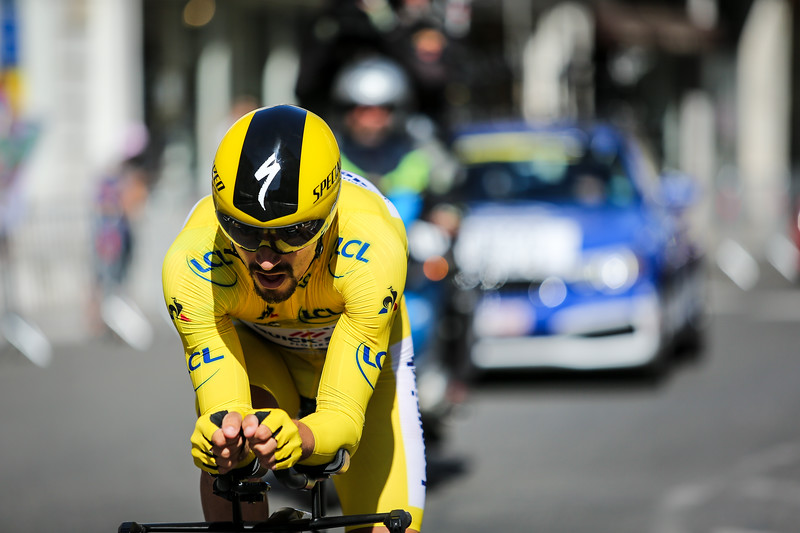 The Frenchman has successfully defended the race lead for six days since Saint-Etienne and has held the jersey for ten stages in total.

In beating Thomas to win the individual time trial on Friday, Alaphilippe produced what was described by some as 'the race of his life.'

There are now only seven stages remaining, but the six more high altitude summits to come will be the crucial points as the race heads into the final week.

In three seasons of international cyclocross Alaphillipe won two rounds of the UCI World Cup (one junior and one under-23) and narrowly missed gold at the 2010 World Junior Championship in Tabor losing a sprint to Tomáš Paprstka. In November 2012, Alaphillipe also won a bronze medal in European Under-23 Cyclocross Championship - behind Teunissen and Corne van Kessel - around Chantry Park in Ipswich, England (below). He was also twice the French Under-23 champion in cyclocross.

The charismatic Frenchman took a lead of one minute 26 seconds over Geraint Thomas into the Tourmalet summit finish today considered, by most, to be one of the key stages of the Tour and a huge test for the GC prospects of Alaphilippe. Twelve months ago Alaphilippe finished 33rd in the Tour and his only other grand tour rides have been the 2016 Tour (41st) and the 2017 Vuelta a España (68th).

The leading group of favourites began to break apart with 4.1km of the mighty Tourmalet to go today after a move by David Gaudu (Groupama-FDJ) before the trio of Jumbo-Visma took control with 3.5km remaining. Alaphilippe resolutely clung to the back of the group which was reduced to eleven riders.

Entering the final two kilometres the pressure on Alaphilippe began to mount, but he was unmoved as bigger GC contenders Rigoberto Uran, Jakob Fuglsang and Warren Barguil were all dropped.

Sensing that Geraint Thomas was struggling with the pace, Alaphilippe moved up past him and, sure enough, into the final kilometre Thomas started to lose touch and the leading group was reduced to six: Emanuel Buchmann, Egan Bernal, Steven Kruijswijk, Thibaut Pinot, Alaphilippe and Mikel Landa.

Pinot moved gradually away from the rest in the last 100m to win the stage and was followed home by Alaphilippe six seconds later. Thomas crossed the line some 30 seconds behind Alaphilippe who also took a six second time bonus for finishing second.

Alaphilippe has now taken time out of the 2018 Tour winner Thomas on two successive and crucial stages. He has come through all of the tests so far, but there are still plenty more to come as the race really comes to the boil. The race is finely poised and Alaphilippe and the French fans should fear the stronger Jumbo-Visma and Ineos teams. The big dangers for Alaphilippe I feel come from Egan Bernal (fourth at three minutes) and Steven Kruijswijk who will exploit any off day from the Frenchman. Whatever the outcome it does look like the French do have another Tour winner but it may be in the years to come. 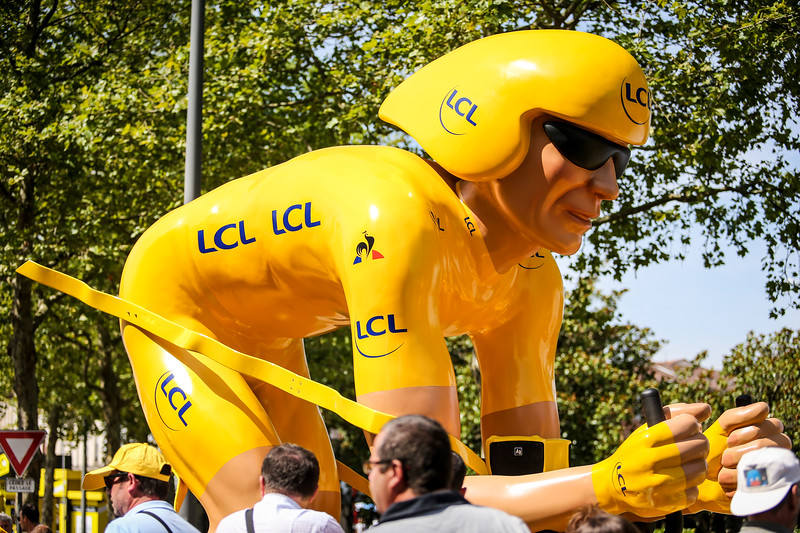