Lars is snapped up by Sven's new Lions team, but not Boom

Now that the new season is underway we begin a round-up of changes at the big European teams with a look at the recently purchased and 'rebadged' Telenet-Fidea Lions led by the legend that is Sven Nys. 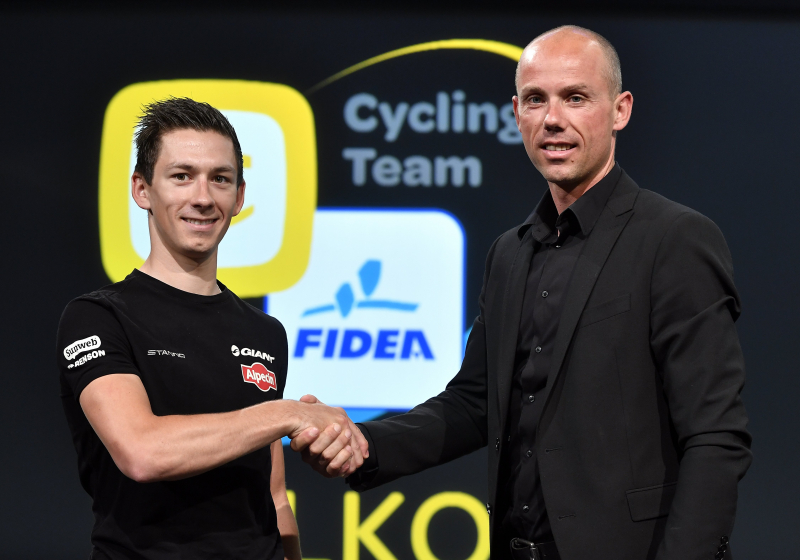 The off-season battle to sign Lars van der Haar was won by Sven Nys and his Telenet-Fidea team - which was 'rebranded' as the Telenet-Fidea Lions last week - the Dutchman will join the Belgian team on January 1st, 2017. The World Championship silver medallist and European champion - a Giant-Alpecin rider - is currently injured and will miss the two opening rounds of the UCI World Cup in America. Van der Haar joined Giant's development team in 2014 and had raced some road racing Classics since joining the full Giant-Alpecin World Tour squad.

The Lions… Telenet-Fidea Lions with Sven now in charge

The biggest change at the Limburg-based team was of course been the arrival of 'cross legend Sven Nys in the spring and with that came a change from Ridley to Trek Bikes. Many of the team spent August training in Mallorca and naturally Sven was out on the rides as well (see twitter photo from Thijs van Amerongen below).

Telenet-Fidea Lion's new team kit for the season has become even blacker than last season - and so minimising the pale blue of Fidea that has been a feature of the kit for so many years.

Boom to LottoNL-Jumbo for 2017

As well as signing Lars van der Haar (see above), Sven Nys was understood to have also spoken to Astana pro and former World champion Lars Boom. There was also a rumour that Boom was considering racing as many as 20 cyclocross races this season! That prospect seems much less likely when it was announced, at the beginning of August, that Boom will return to Dutch World Tour team LottoNL-Jumbo from January 1st, 2017.