The Cyclocrossrider.com Race Team – which supports young British racers - has added a World Masters champion and expanded for a second successive season with the valued support of two key sponsors – 4iiii and Primal Europe.

WE'RE very excited to announce that reigning UCI World Masters Champion Nicola Davies will represent the Cyclocrossrider.com Race Team this season in her rainbow bands. Nicola, who won her (V60) World title in Mol, Belgium last December, is one of three new recruits to the team committed to helping younger riders. Cumbrian-based Nicola started the new season with a win in England's North East Regional League at the beginning of September.


"It's really great to be joining up with such a great team that's focused on helping one another," Nicola said. "I'll be racing in Scotland and the north east and also UK National Trophy races across Britain. I also hope to defend my World title and may be see if I can add a European title too." she added.

"We're really excited to have Nicola on the team," announced Cyclocrossrider.com editor Konrad Manning, "She'll be an inspiration for all the team riders, both young and older, and it's an honour to have a UCI champion amongst our ranks."

Primal Europe custom clothing are the team's new kit sponsor and the easily recognisable, updated design should really make riders stand out from the crowd this season. Ten riders will race in the distinctive gold, orange and red bands while Nicola has been supplied with her own UCI World Masters Champion's jersey specially designed by Primal Europe in their new Helix 2.0 race cut. The team are also particularly pleased with the cyclocross specific skinsuit which has been designed to keep out the cold and allow the flexibility for racers to run and ride through extreme conditions.

4iiii Innovations remain as team sponsors this season having agreed a new deal that runs into spring 2020. The Canadian company design the lightest powermeter in cycling – the 4iiii Precision – and will also supply the team with 4iiii Viiiiva heart rate monitors.

"The team has a great spirit and it's fantastic that Nic has decided to join us. I'm also very thankful to all the sponsors that are helping us," said Team Manager Ted Sarmiento, "We are also grateful to Hope Technology for help with essentials like wheels, hubs, brakes and bottom brackets - all in nice colours too."

The team ethos remains simple: to be a friendly team whose focus is not so much on results as maximising our and other peoples' enjoyment of the sport of cyclocross. 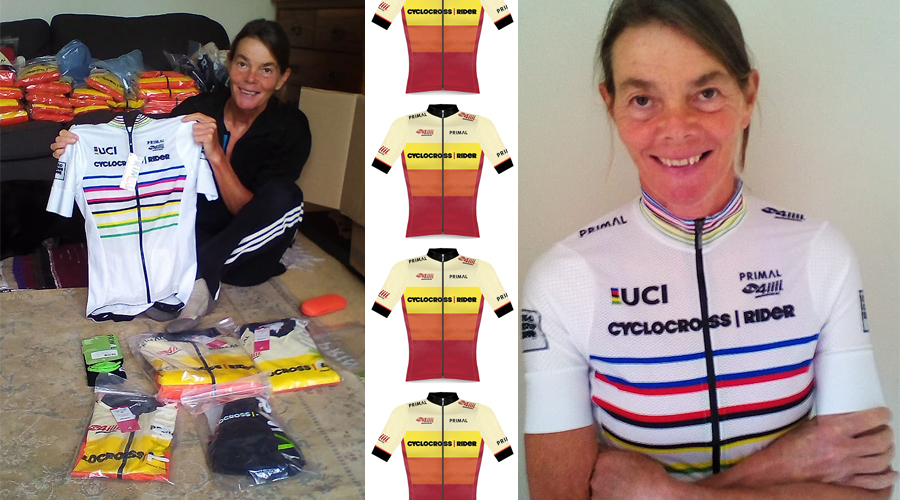