FACTORY TOUR:
We are Belgium...
inside Ridley Bikes

During the summer we visited Ridley Bikes - the company that boasts "We are Belgium" - to see their 'cross bikes and discover all about their Belgian and cyclocross racing heritage. photos: ©kramon 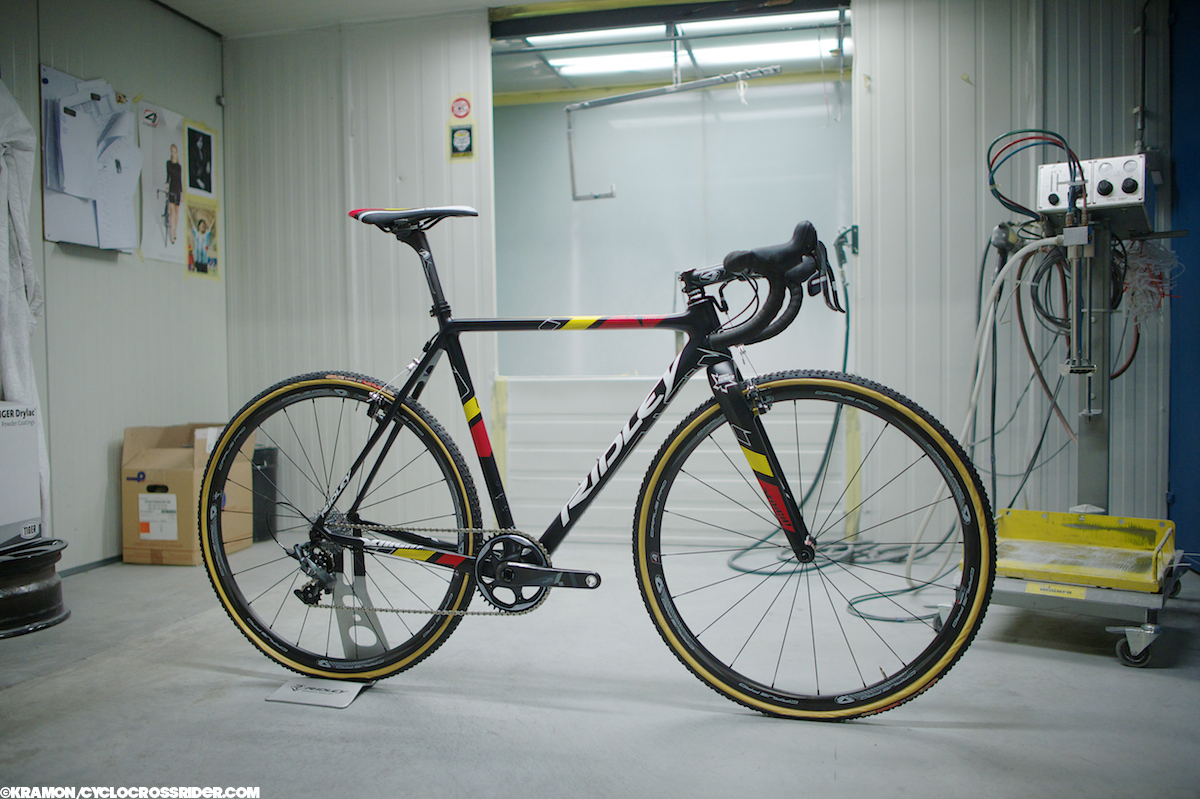 CYCLOCROSSRIDER got the opportunity to visit Ridley Bikes, in Belgium, a month or so ago and look over some of the set-ups that will be raced on the European pro cyclocross circuit this coming season. Here we give you an advance flavour of our Factory Tour before we publish a full feature full of Kristof Ramon's superb images very soon.

For the coming season, the X-Night remains the top of the range frame ridden by the Telenet-Fidea, Sunweb-Napoleon Games and AA Drink sponsored teams as well as British champion Ian Field and his Hargroves Cycles Team.

We also understand that the majority of these pro riders will remain on cantilever brakes although some of the younger Telenet-Fidea racers are also set to test disc set-ups. The Telenet-Fidea team is supported by SRAM so they are also utilising the new SRAM CX1 groupset which look set to prove so popular this coming season. 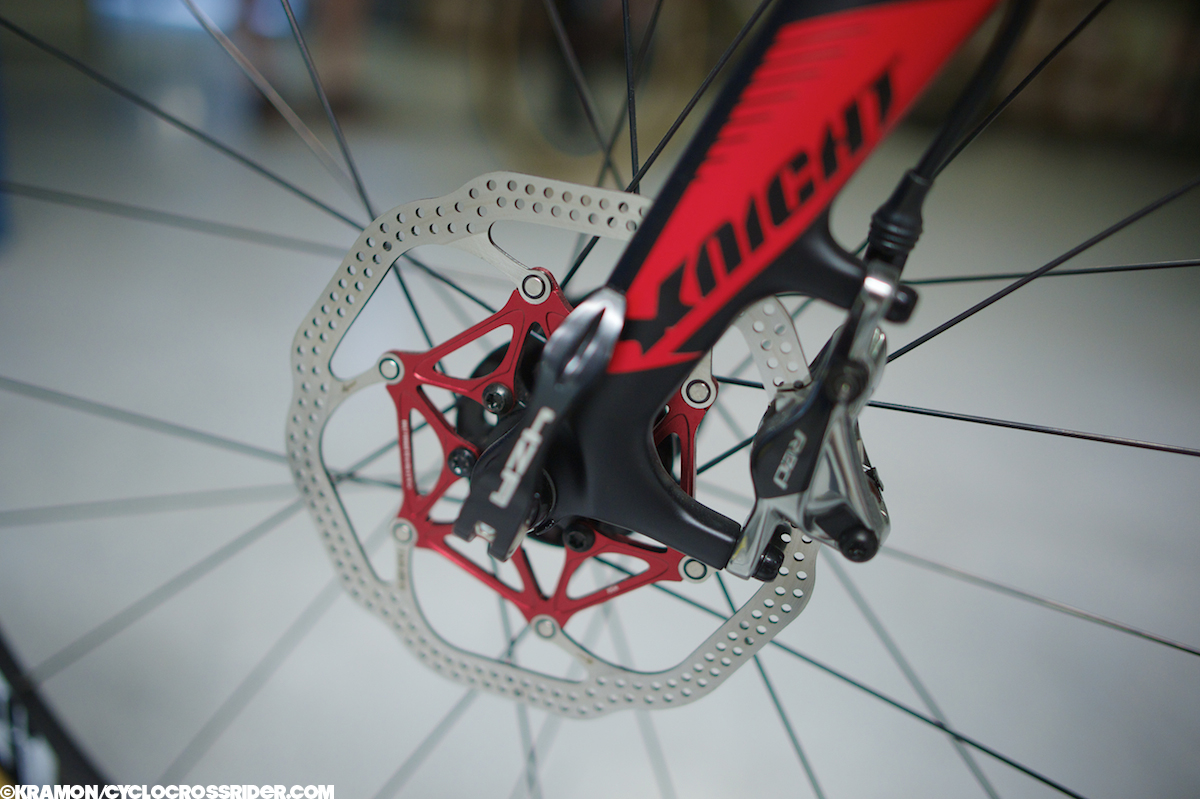 The top of the range Ridley X-Night seen top with a SRAM CX1 build. The Telenet-Fidea will have this configuration as an option in the coming season. Above: A SRAM Red disc caliper on a disc shod X-Night. Photos: ©kramon/cyclocrossrider.com 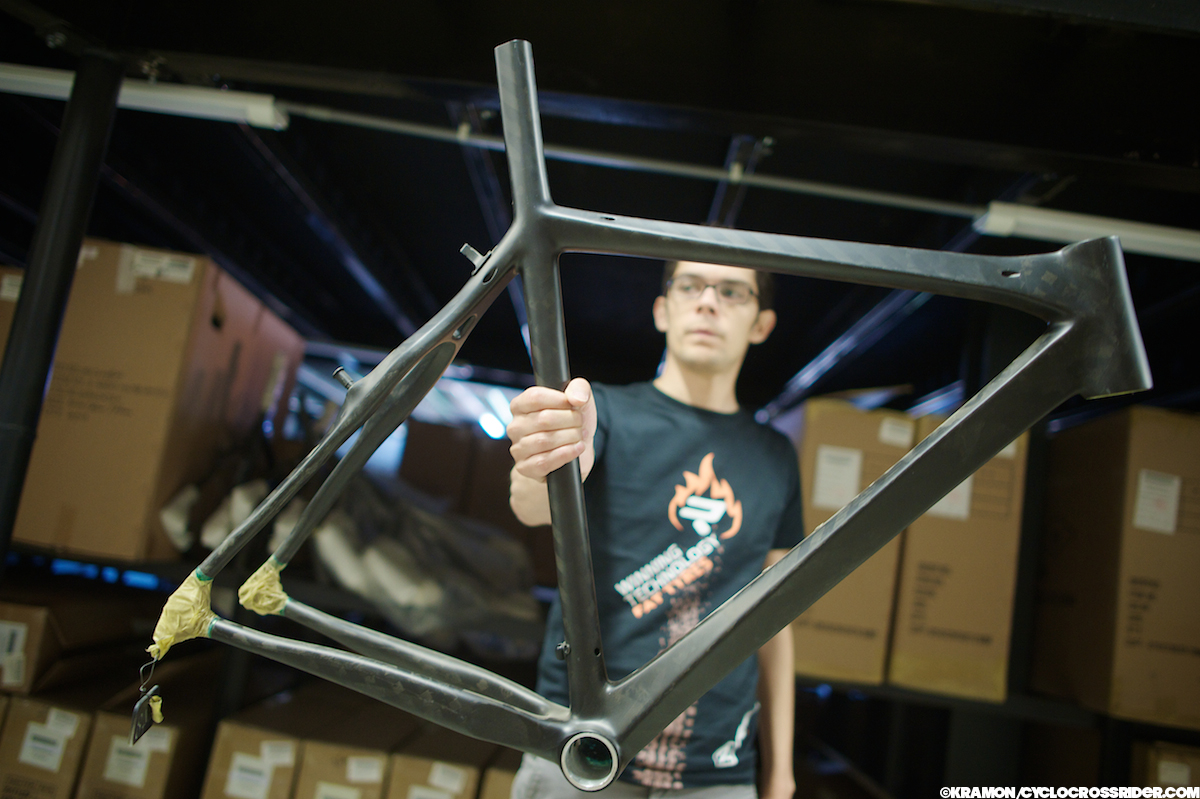 A close-up of a raw, older X-Night frame. Ridley have dropped the integrated seat post option, but this shows the internal cable routing and the quality of the hand-finished frame. 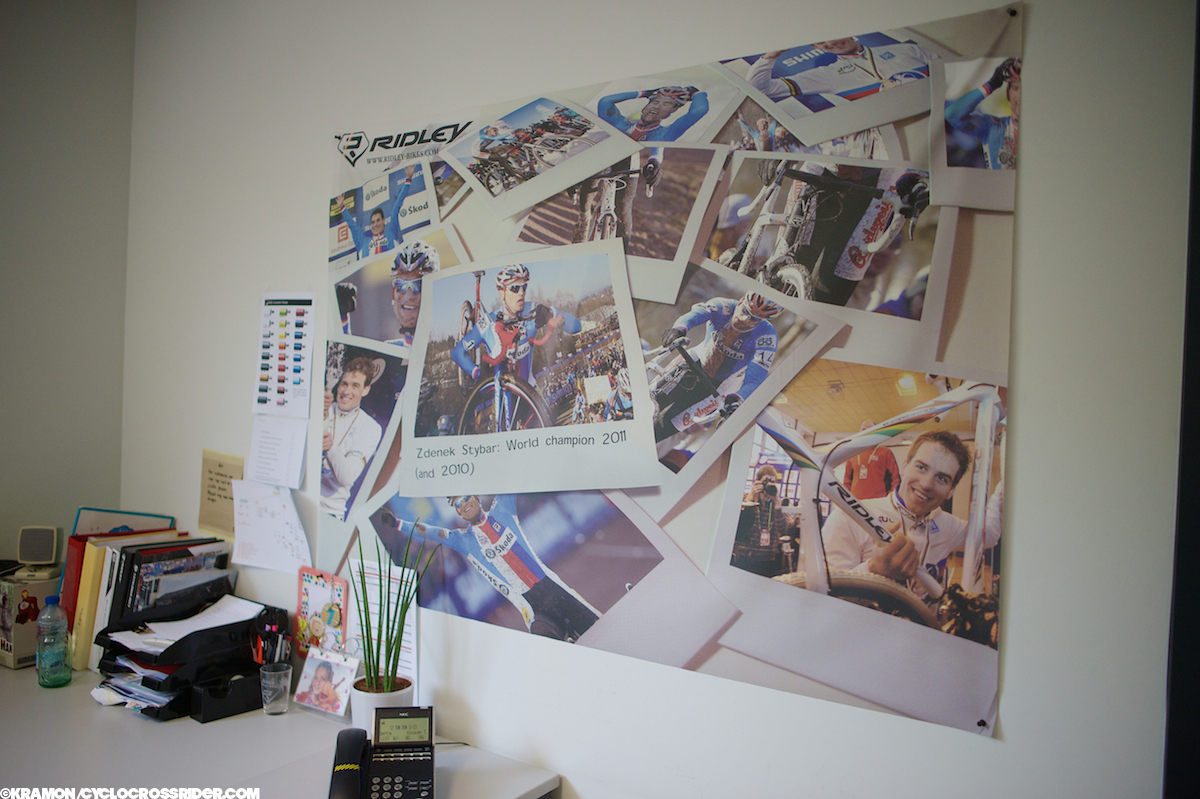 Ridley are proud of the input they receive from pro riders. Although he may no longer race on Ridleys, they still have a soft spot for multi-World champion Zdenek Stybar. 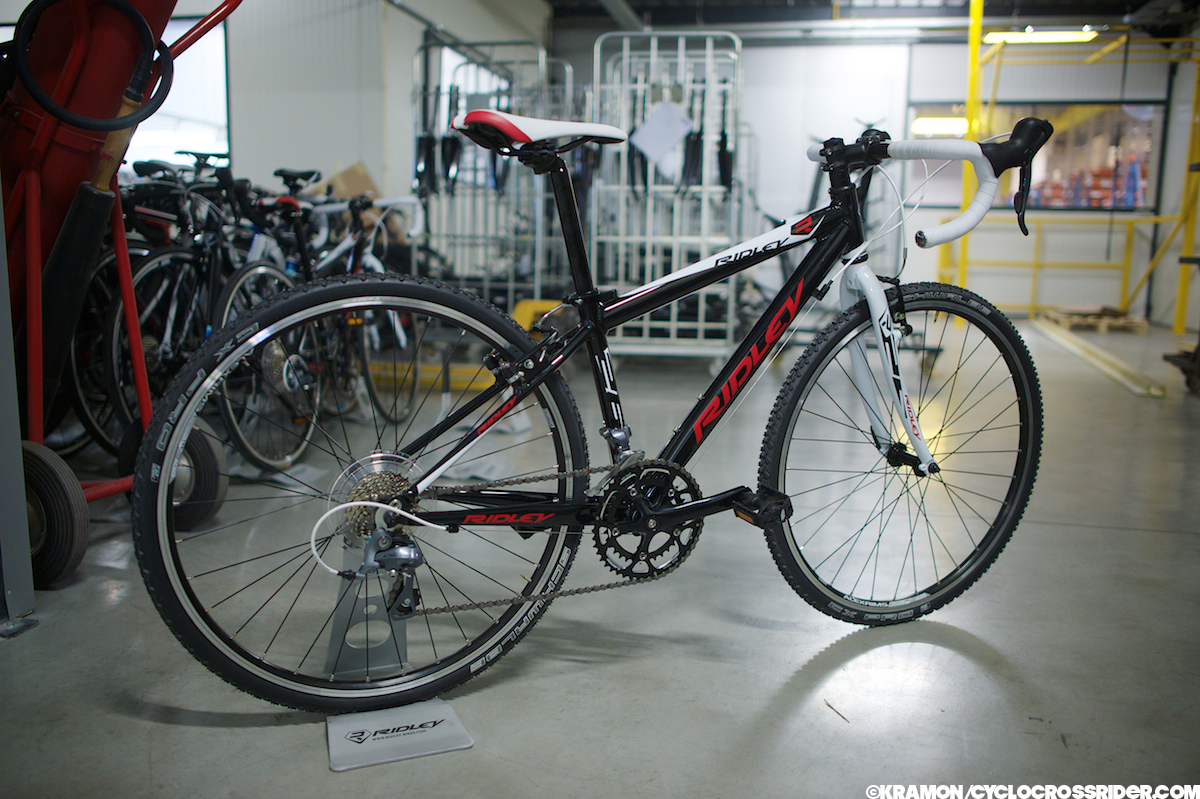 Kids are also catered for in the Ridley 'cross range. 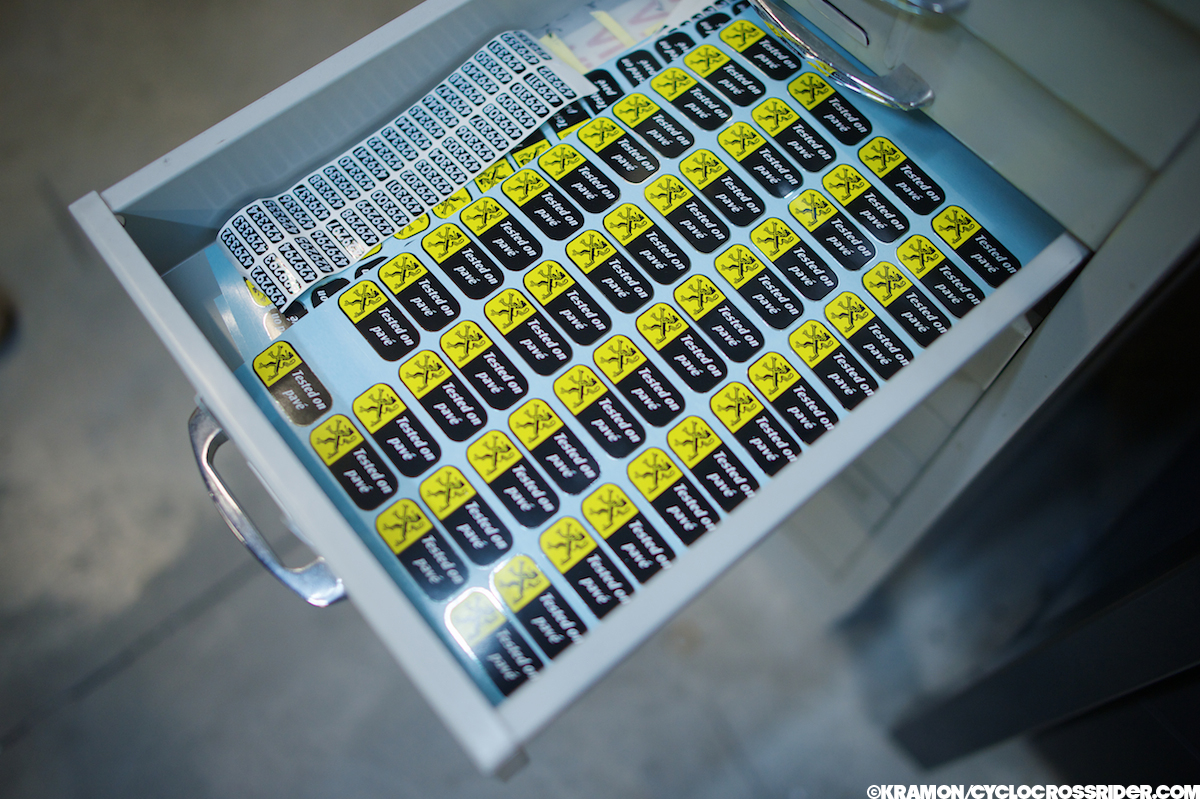 The famous 'Tested on pavé' decal. Ridley's most common complaint is if this sticker has been missed off the bike. 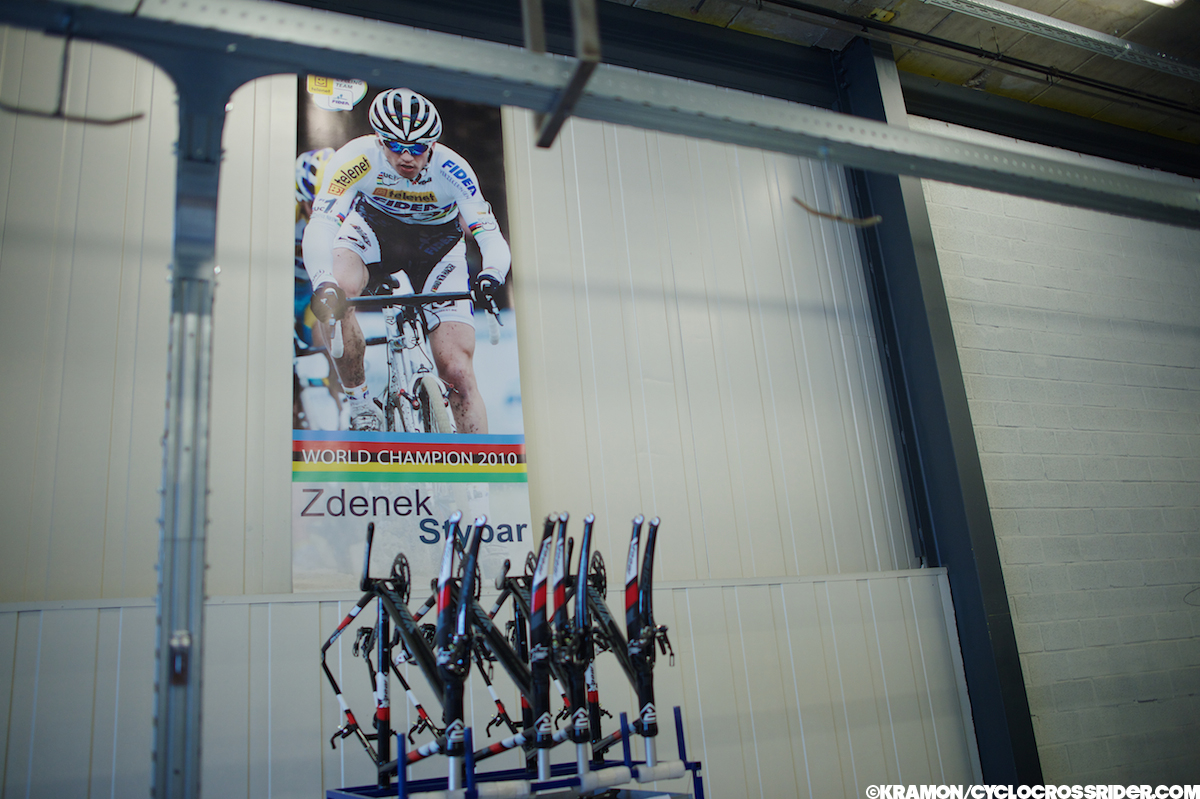 Ex-Telenet-Fidea rider Stybar watches over the Ridley X-Bows that are waiting to be assembled. 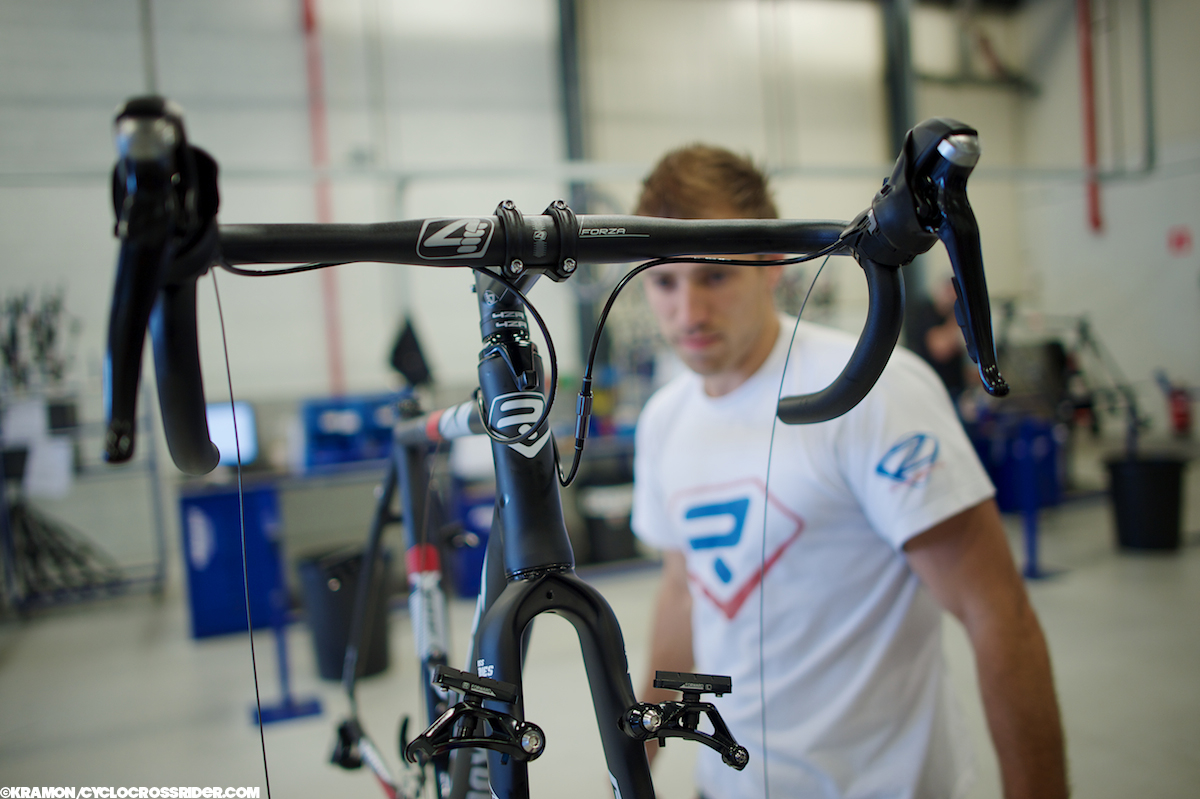 The final stage of the process. This season's Ridley 'cross bikes were going through final assembly during our visit.